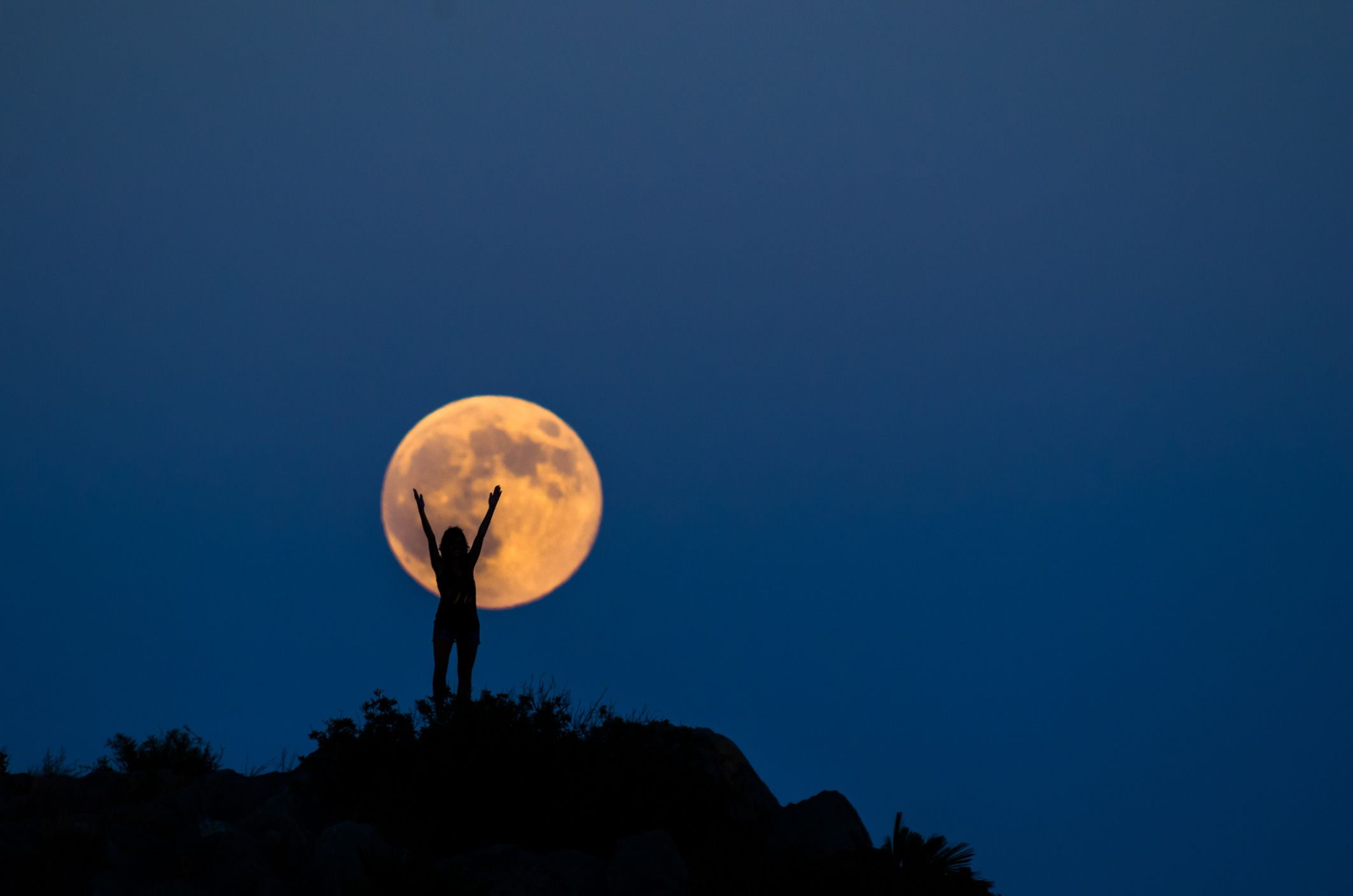 It’s Moon to Me

Try this…stand in front of your mirror, look yourself in the eyes, and in your best outside voice say, “I WANT TO BE SEEN FROM THE MOON!“. How does that feel? Big? Bold? Audacious? Powerful? Just like you are… It’s 2023. It needs to be a big year. Let’s make it a big year together.

I don’t know what I was thinking going to the UPS store to return an Amazon package the day after a holiday weekend. It was on the way to the nail salon where I was headed to get my sparkly holiday nail polish removed. The line was long. Behind the counter with the big “We’re Hiring” sign were two employees, drowning in packages, trying to move people through as quickly as possible. There was not much eye contact or small talk but these two employees were doing their best, steadfast in providing quick, pleasant, and efficient customer service.

When it was my turn, I approached the counter and handed my package to the employee. “Hello”, she said and gave me half a smile. “Hello” I responded and held out my phone with the QR code ready for scanning.

“I like your nails!” she exclaimed. “Thank you,” I said. There was a human inside that UPS store uniform!

As part of my journey around connections, I’ve made it my mission to open myself up to receive nuggets of wisdom in unsuspecting places. I must admit, it’s been a surprising and rewarding process. “I want to be seen from the moon!”. What an interesting, bold, and audacious proclamation on a most chaotic day in a UPS store. In the moment it made me chuckle but now it’s the next day and I’m still hanging on to it. Like many others, I’ve set some goals for the new year and I’m feeling good about making an impact but perhaps this is the year to be just a little bit bolder. And it didn’t hit me until my brief interaction with the UPS store employee. What do I actually want from this year? What is my vision? Well heck, I want to be seen from the moon too! If that’s not empowering, I don’t know what is!

So what is today’s lesson? It’s a new year. Be big. Be bold. Be audacious. Be seen. Be you. And remember, this does not require big acts. “I WANT TO BE SEEN FROM THE MOON!“. Say it. Feel it. Do it!

and p.s. Be nice to the people on the front line. Their job isn’t easy and they don’t often get seen.